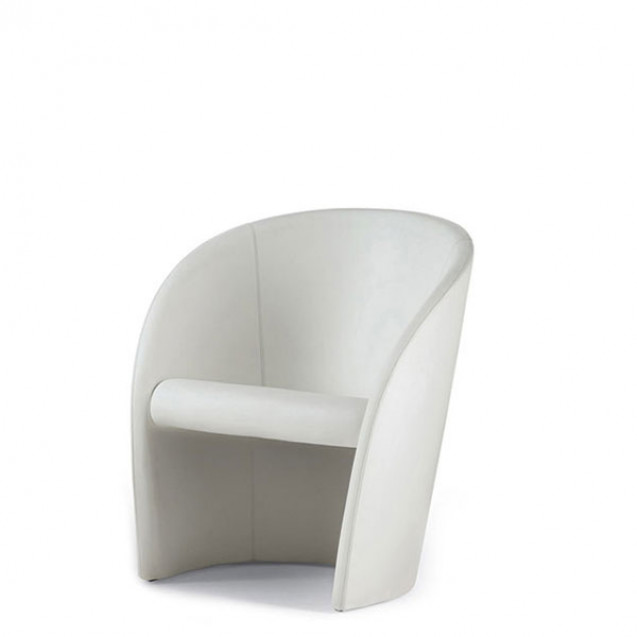 In the late 1980s, TG2 news on Italian public television’s second channel commissioned the Vignelli to construct the show's set. This became the famous studio 10: pearl-grey with a zinc floor, 32 monitors and two red armchairs in the foreground. This was a new invention, a new way to broadcast the news (and a departure from the anchorman format). The armchair is called “Intervista”: an evolution of the bucket-style chair, it was carefully designed for maximum comfort and a posture that does not alter the tone of voice. It is an example of how a project can morph into a communicative, not to mention political, tool.

Armchair with a steel shell and seat supporting frame covered with moulded polyurethane foam padding. The seat is suspended on elastic straps. Upholstered in Pelle Frau® leather. Variations featuring one-way front castors and swivel rear castors (Intervista “Twist”) or a swivel base (Intervista “360°”) are available. The latter features a panel below the seat which acts as a shield, made out of rigid polyurethane lightly padded with polyurethane foam and upholstered in Pelle Frau® leather. 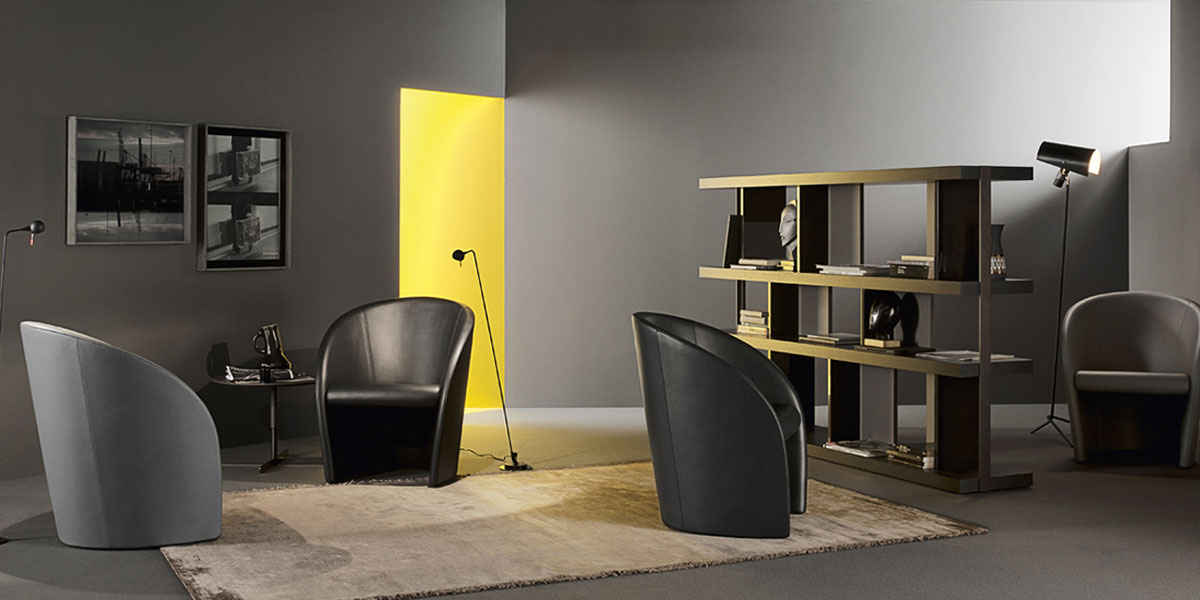