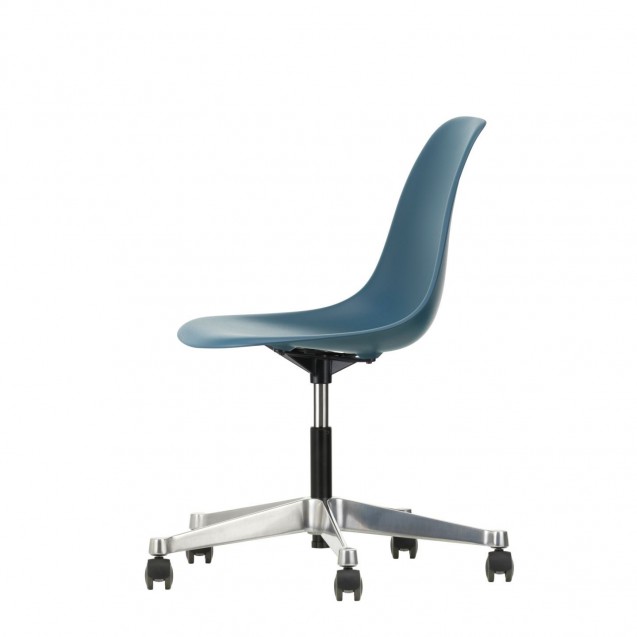 'Getting the most of the best to the greatest number of people for the least': with these words, Charles and Ray Eames described one of their main goals as furniture designers. None of their other designs come as close to achieving this ideal as the Plastic Chairs. For years, the designer couple explored the fundamental idea of a one-piece seat shell moulded to fit the contours of the human body. After experiments with plywood and sheet aluminium in the 1940s produce unsatisfactory results, their search for alternative materials led them to glass-fibre reinforced polyester resin.

The Eameses recognised and fully exploited the advantages of the material: mouldability, rigidity, pleasant tactile qualities, suitability for industrial manufacturing methods. With this material, which was previously unknown in the furniture industry, they successfully developed the shell designs for serial production. After their debut at the 'Low-Cost Furniture Design' competition organised by the Museum of Modern Art in 1948, the Plastic Armchair (A-shell) and Plastic Side Chair (S-shell) were launched on the market in 1950 as the very first mass-produced plastic chairs in the history of furniture.

The Eames Plastic Chairs also introduced a new furniture typology that has since become widespread: the multifunctional chair whose shell can be combined with a variety of different bases to serve diverse purposes. As early as 1950, Charles and Ray Eames presented a series of bases that enabled various sitting positions. An especially striking model is the so-called Eiffel Tower base – an intricate and graceful design made of steel wire that inimitably combines light, elegant forms with structural strength.

Today Vitra manufactures the comfortable seat shells of the Plastic Side Chairs and Plastic Armchairs in polypropylene, offering a multitude of bases, shell colours and upholstery options. This allows customers to specify countless different combinations and to use the chairs in the widest range of settings – from dining rooms, living rooms and home offices to office workspaces and conference rooms; from restaurants and cafés to break rooms and cafeterias; from waiting areas and auditoriums to terraces and gardens. 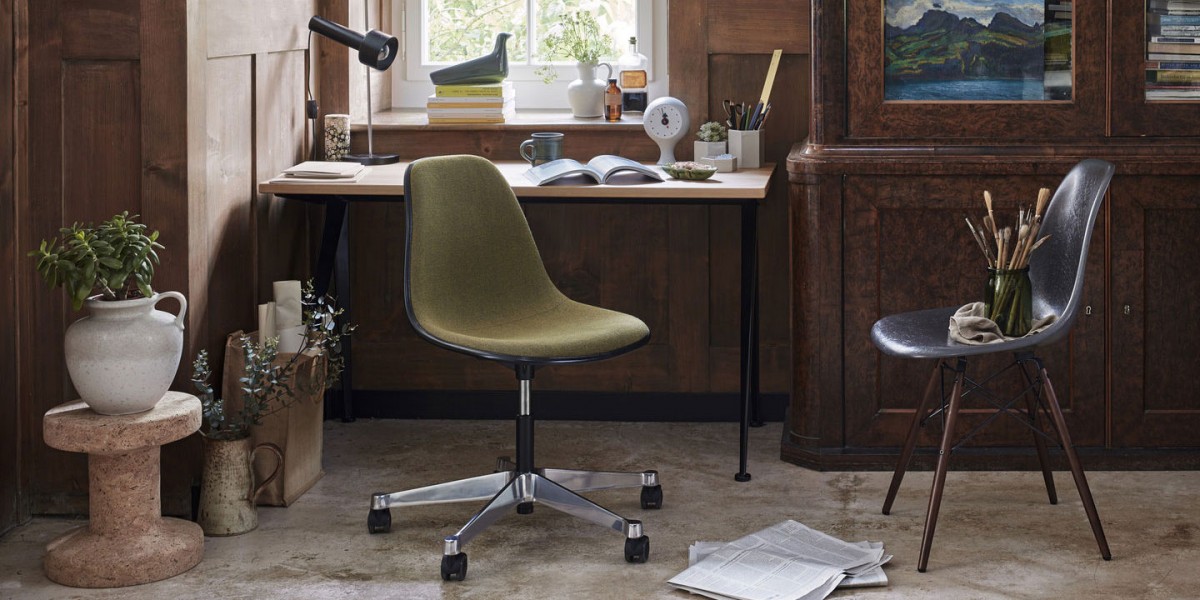