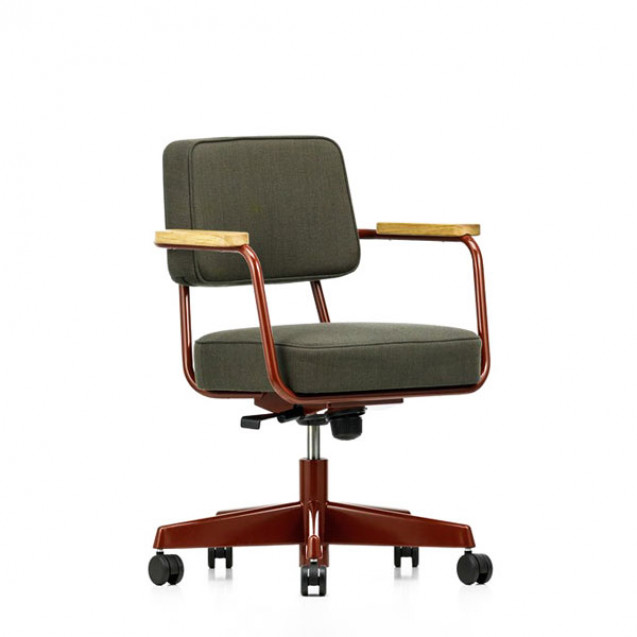 The Dutch fashion label G-Star RAW has found an expression of its identity in Jean Prouvé’s designs – technical objects that embody the principle of structural necessity while simultaneously exuding a poetic aura. As works that have attained the status of classics, they have served as a continual source of inspiration for the creative team at G-Star. In 2011, Vitra and G-Star RAW joined forces to launch Prouvé RAW, their first crossover collection.

Prouvé’s constructive logic and strict utilisation of honest industrial materials not only corresponds to the product philosophy and brand identity of G-Star but also shows a strong affinity to the architecture of Rem Koolhaas’s new G-Star headquarters, built in 2014. Thus it was a consistent decision to completely furnish the offices, conference rooms and canteens with designs created by Jean Prouvé some 70 years ago for the interiors of several French corporations and universities. Together with the architecture, they create a workplace that reflects the company’s radical design approach.

In cooperation with the Prouvé family, Vitra has adapted the French designer’s furnishings to meet today’s office norms and needs, while teaming up with art directors at G-Star to develop colours and details. As part of this project, single and double workstations, conference tables, office chairs and several other furniture pieces were issued exclusively for G-Star. In the new Prouvé RAW Office Edition, the designs in this crossover collection now become available to other companies and collectors.

Several industrial shades of green, leather and fabric upholstery materials, and other details pay tribute to the origins of these furnishings. Made of steel and solid wood, the tables, chairs and cabinets in the Prouvé RAW Office Edition bear witness to a bygone industrial age. Its former factory floors and workshops are now occupied by creative agencies of the digital era, who share the same values of hard work, authenticity and sustainability.

Authenticated with a special edition label, the furniture and lighting in the Prouvé RAW Office Edition will be available until the end of 2016. 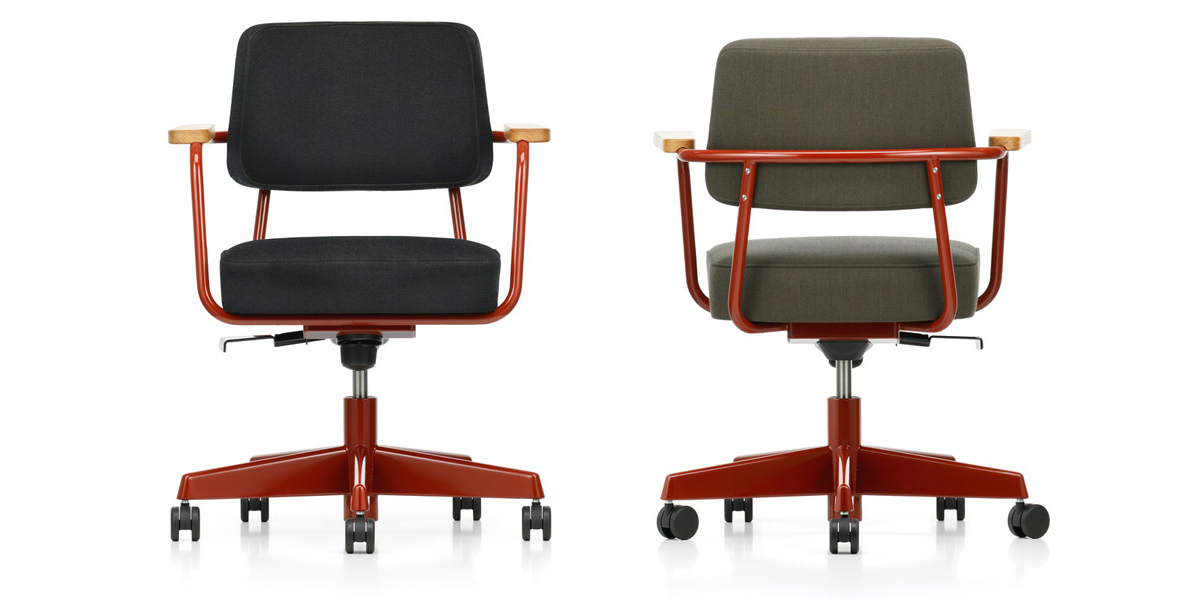